#ELTchat: the loss of eltchat.com – Plan B [a repost]

This is a re-post of an original post from Marisa Constatinides at: #ELTchat: the loss of eltchat.com – Plan B

I am hugely committed to the #ELTchat community which has contributed so much to my learning on Twitter and beyond over the past 20 months since I discovered it. I am sure our dedicated volunteer leaders and moderators will get the website back in operation soon, but since Marisa had requested that concerned "Friends of #ELTchat" spread the word this, I am sharing her post here:


#ELTchat: the loss of eltchat.com – Plan B

For the last – well, almost two years now, since September 15 2010, #ELTchat has kept us on our toes and forged hundreds of professional and personal relationships amongst its followers who turn up on Twitter every Wednesday to talk about topics they have suggested and voted on – a community of peers which was created by a small group of colleagues – which grew and grew some more and became something that counts as an important part of our continuous professional development.
Like many great ideas, it didn’t hit just one person but several.
And that is how #ELTchat was created. 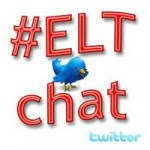 The website to keep up the communication of its members, a base and repository of our ideas was one of the first things we all thought of creating – the wiki came later.

Andy Chaplin was keen to join the moderation team and help with podcasts and technical stuff; he was quick to buy eltchat.com and announced the good news to us after the fact.
A few months later, right after TESOL France 2011,  he suddenly disappeared – some say for reasons of health.
We never found out for sure.

We never received a single word of response to our emails.
eltchat.com was and still is registered in his name.

And yesterday we lost it

On August 8 the domain expired and we have no way of taking over unless it goes up for sale again; it was very sad that Andy Chaplin did not find it appropriate to renew.
The news is really upsetting.
The work we have put in on this website cannot be told in a few simple words – but it has been a labour of love and we have got so much out of it that we have never regretted one single moment
We are pretty upset at the behaviour of this individual – disappointment is one big understatement.
But we trust that our community of #ELTchatters, our PLN for short, will again gather round the new domain which we have purchased – eltchat.org

It will take us a few days to put the website back on its feet
And all will be as it was before – all the posts in place all your thoughts and comments, all the polls and great summaries which got us on the shortlist of the ELTon Awards nominations
We will be back with a vengeance
We are not just a website – we did not get on the ELTon awards shortlist as just another website!!!

We are a great community of teachers and we have a Plan B!

See you all in September!!!
Marisa Constantinides – Shaun Wilden

P.S. We would greatly appreciate it if any of you belonging to this great community of teachers,  teacher educators, bloggers, #ELTchat followers,  reposted this on your blog
If you decide to do this, please add your name to the post ... AT: #ELTchat: the loss of eltchat.com – Plan B
Posted by Lesley at 10:14 am 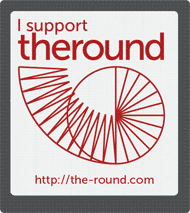